Sunday, March 8th 2020, Levine Museum of the New South hosted it’s third family day of the year: HERstory. This year’s HERstory marked the 100 year anniversary of the passage of the 19th amendment. The Museum partnered with Girl’s Scouts, Hornet’s Nest Council, League of Women Voters, and Generation Nation to allow families to celebrate the accomplishments of women. The day had story times, actors portraying famous suffragettes, a display of the history suffragette movement, and closed with a concert from Girls Rock! 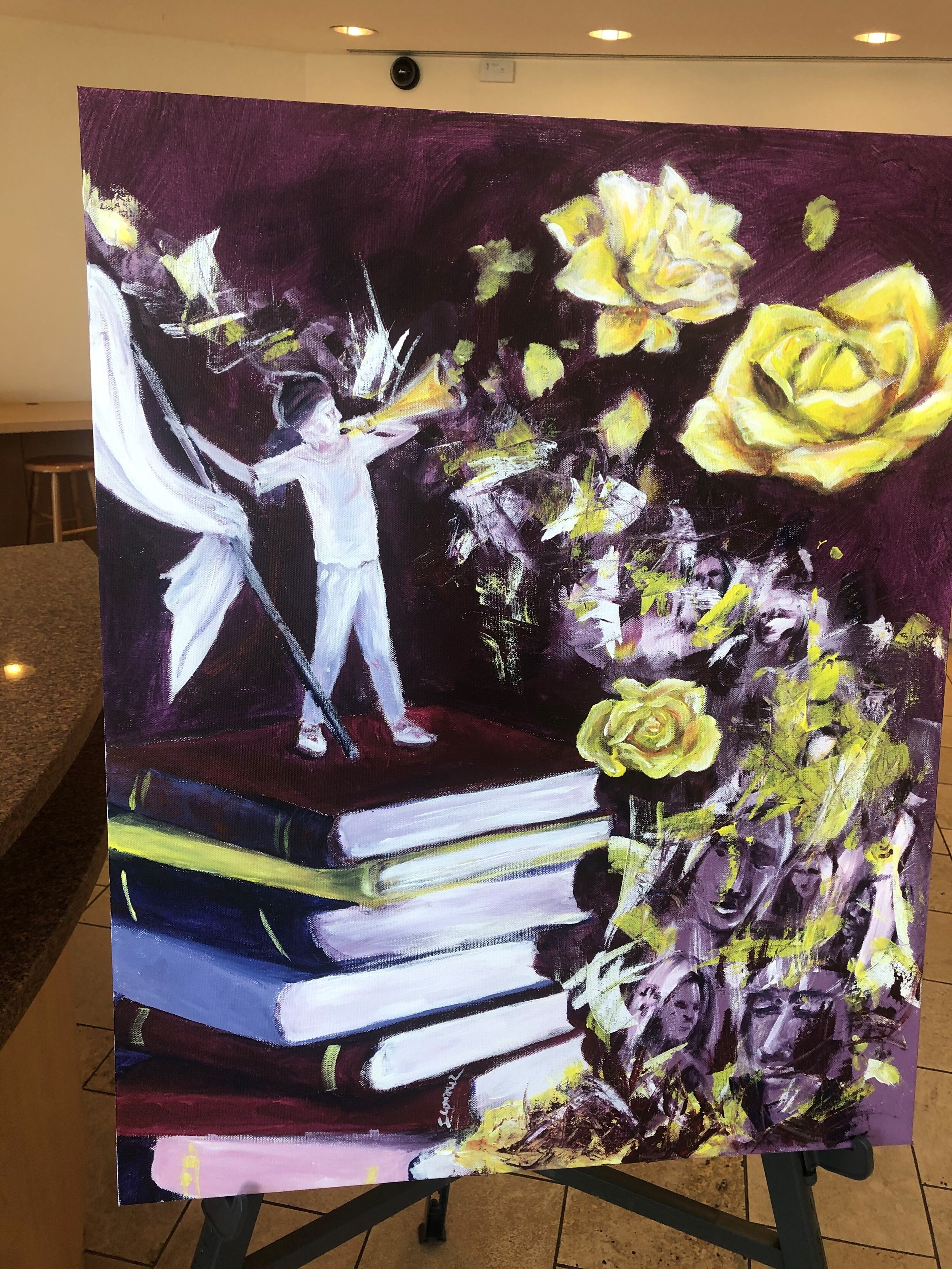 Do you see the symbolism of Ms. Gonzalez’s work? The Yellow flower of the movement? The books that symbolize the education that has changed women’s role in society? The child holding the flag and the many faces as the movement continues? 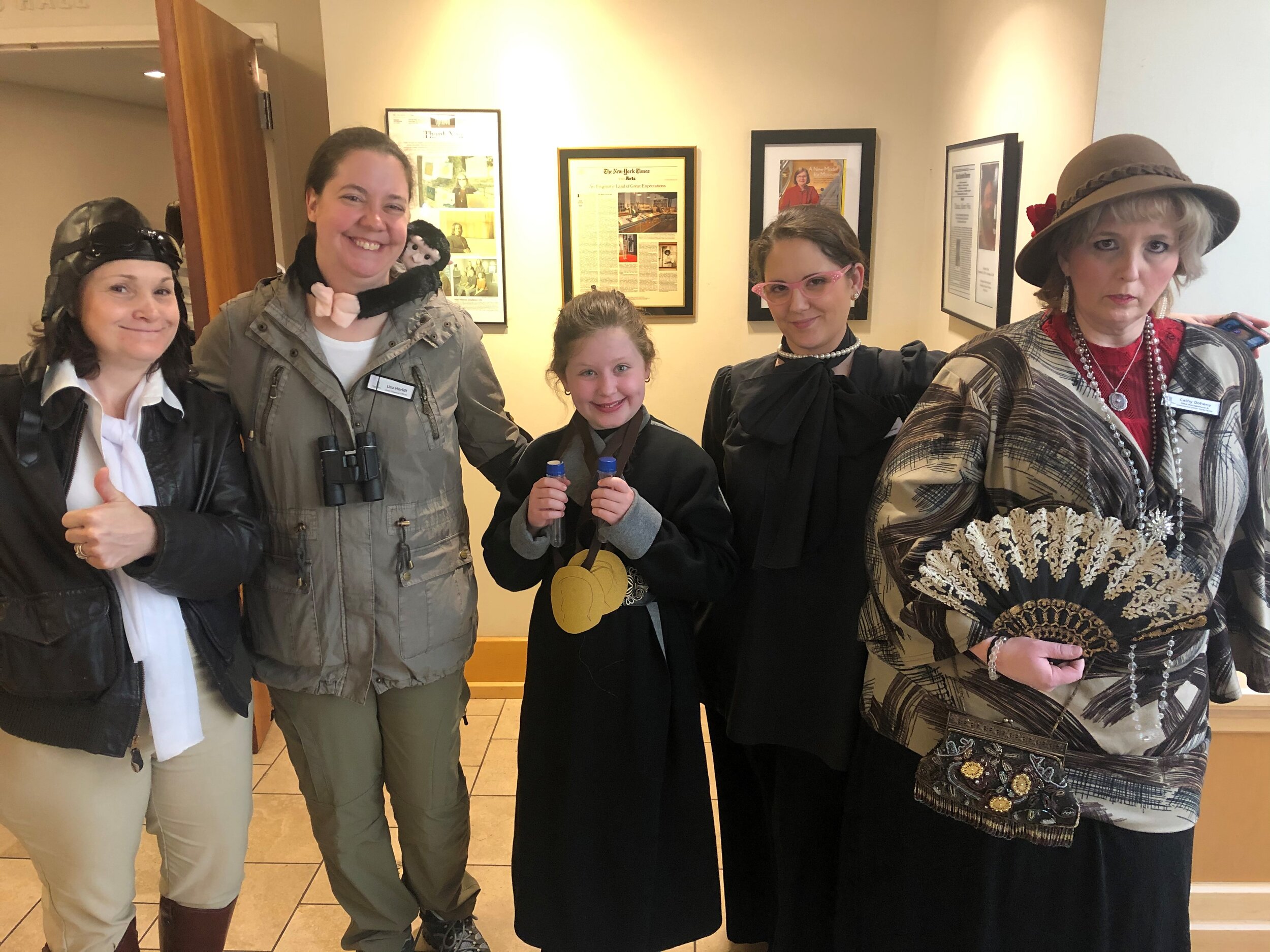 Staff and visitors dressed as their Sheroes! 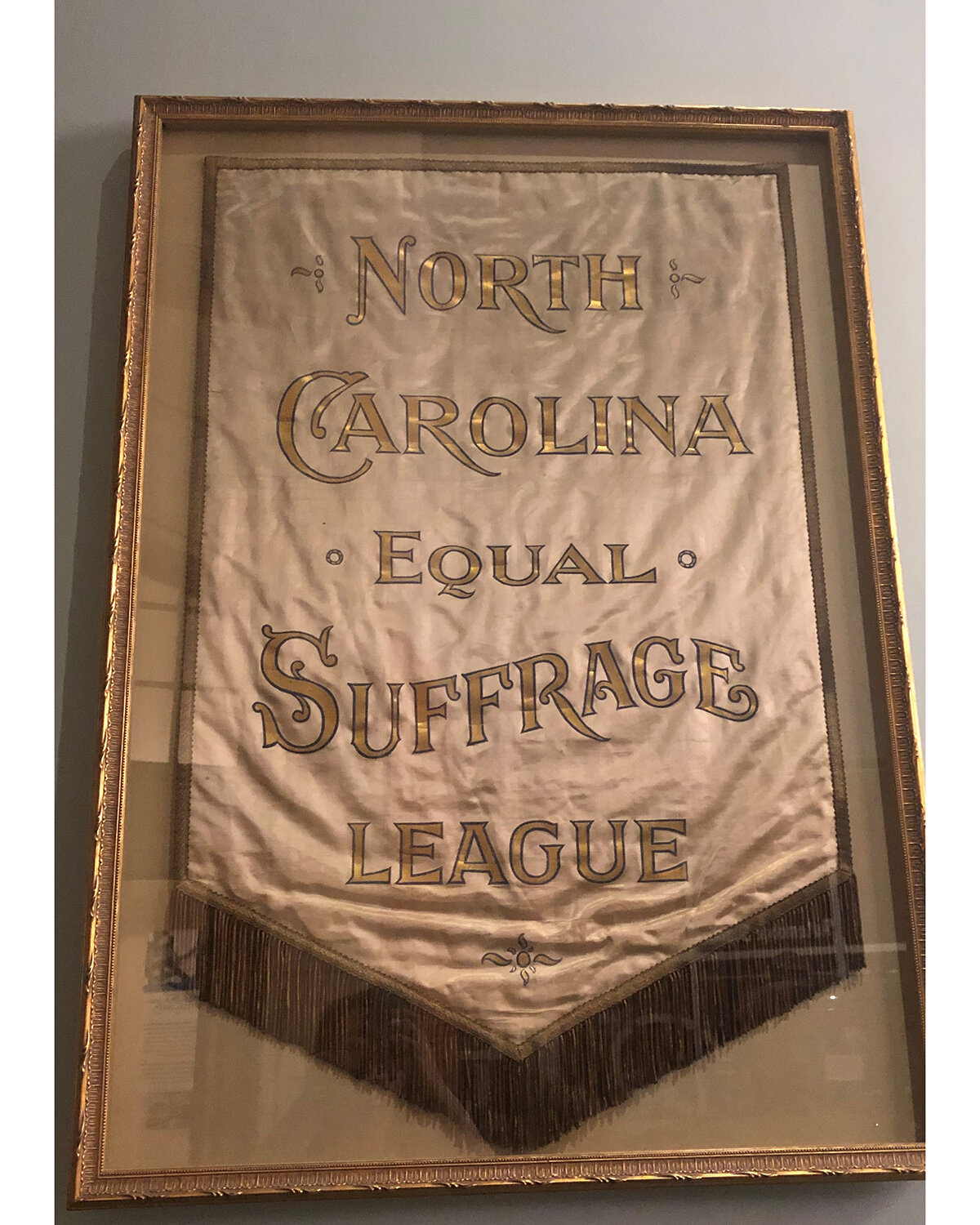 Fast Facts about the Suffragette Movement:

1.) The Daily Mail coined the term Suffragette as a derogatory term for the women’s right to vote movement, but the term became a badge of pride for those in the movement.

2.) The suffragettes wore white and carried banners in purple, white and green.  The colors had symbolic meanings: purple for loyalty and dignity, white for purity, and green for hope

3.) To show the support for the suffragette movement, people wore yellow flowers, esp roses. Those against a woman’s right to vote wore red.

4.) While the 19th Amendment was ratified by the U.S. congress in August 1920, North Carolina ratified the woman’s suffrage amendment over 50 years later, in May 1971.

Learn more about the trailblazing women of North and South Carolina, in our core exhibit: Cotton Fields to Skyscrapers.